Although Blacker Hovse as an entity is really the moles themselves, the building does tend to reflect a bit about our identity. (That’s what happens when you can paint murals on the walls).

So when we found out PFE wouldn’t be happening, I filmed a tour of the hovse to show you all what its like! This is normally a thing we do in person, and true to that experience, many moles interrupted me, shared their own perspectives, and constantly said “wait did you make sure to film X”?
So the planned 5 minute, 2 person video, turned into a 25 minute, 9 person video instead. Regardless I hope you enjoy it, and see our murals, alleys, moles, and more. I can’t wait to meet you all in the fall when you can see it in person! 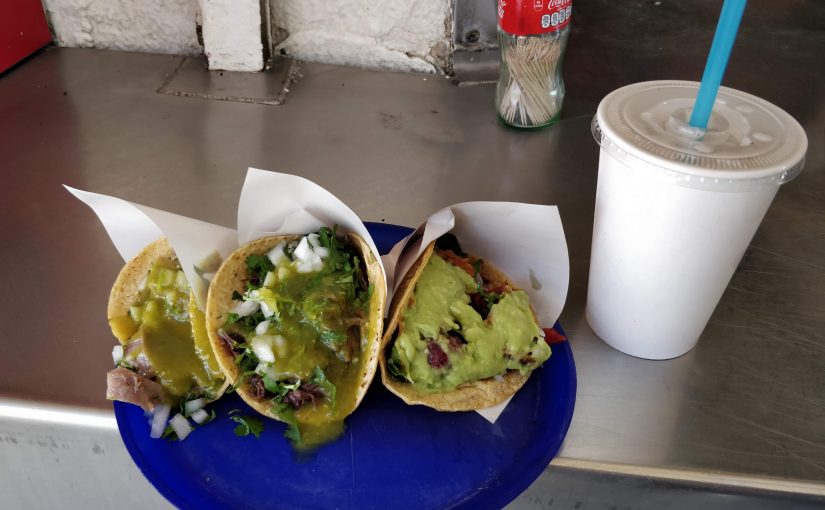 If you read Scru’s post about late night meals, you’ll know about our habitual visits to Arturo’s taco truck a few minute’s drive from campus.

One day a bunch of us taco regulars got together and decided that we wanted something more for a change. Something beyond what was just around the block. Something authentic. Something genuine.

So we got two cars and started driving south. We left around midnight, and stopped at a restaurant in San Diego for some food. But that wasn’t what we were after, so after wandering around the city for a bit, we kept going.

At about 8am, we crossed the Mexican border. After getting insurance and visiting a money exchange, we set about navigating the city of Tijuana. Eventually we found a good truck, and we had the most delicious tacos I’ve had in my life, accompanied by silky, rich horchata.

We got back to campus that afternoon exhausted, but satisfied, having spent a weekend night+day well. 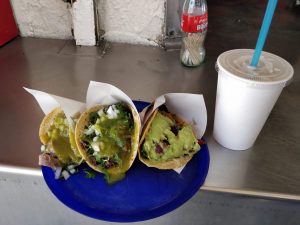 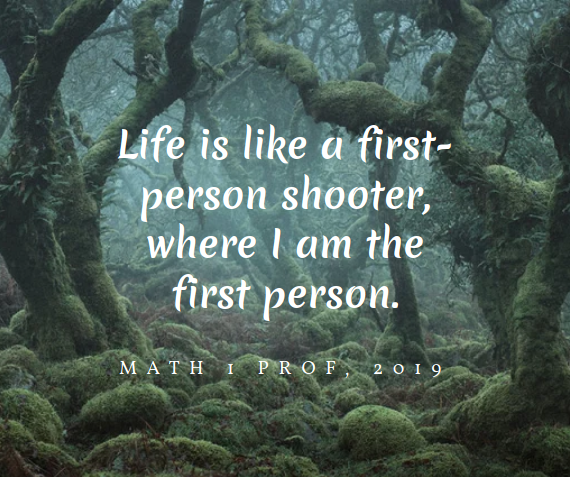 You may have noticed the “Quotes” tab on the Blacker website. On this private page (called “Hellquotes”), moles can post things they hear around the house or elsewhere. Over the years, moles have posted thousands of quotes. Here are nine (names redacted). 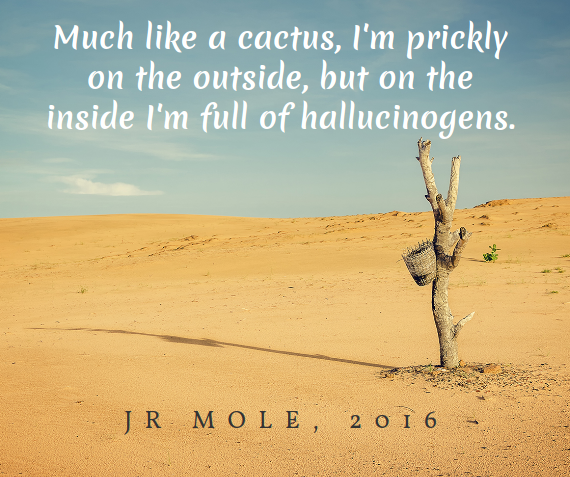 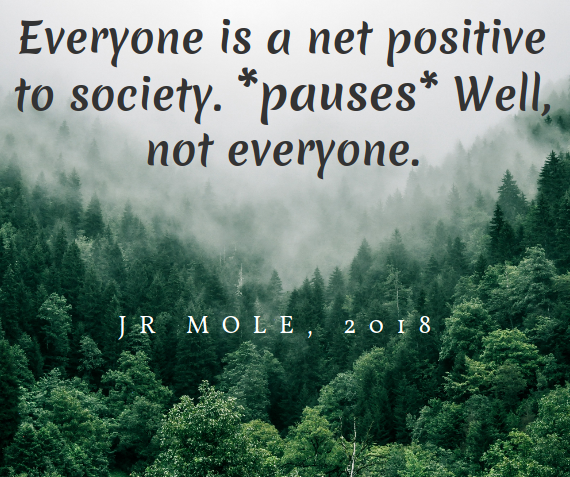 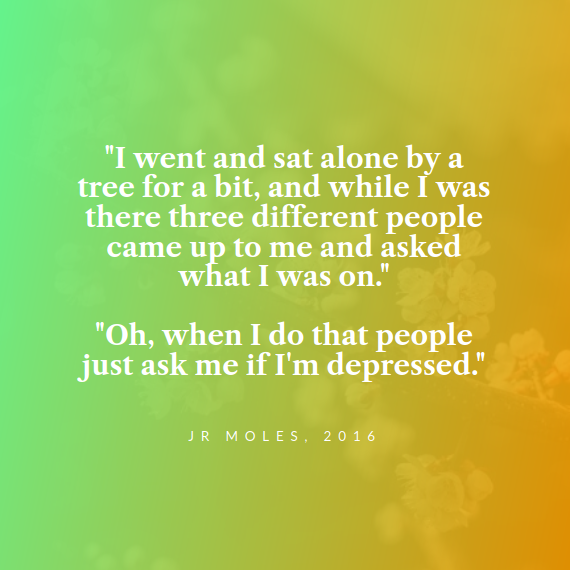 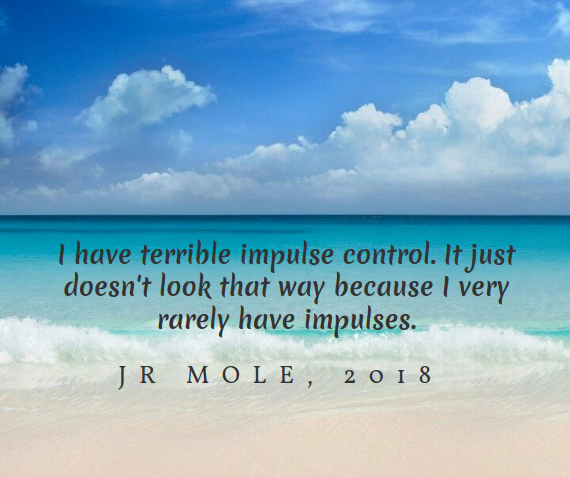 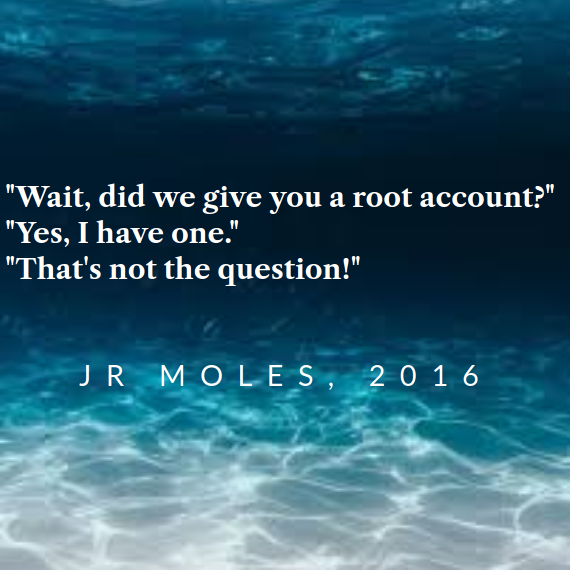 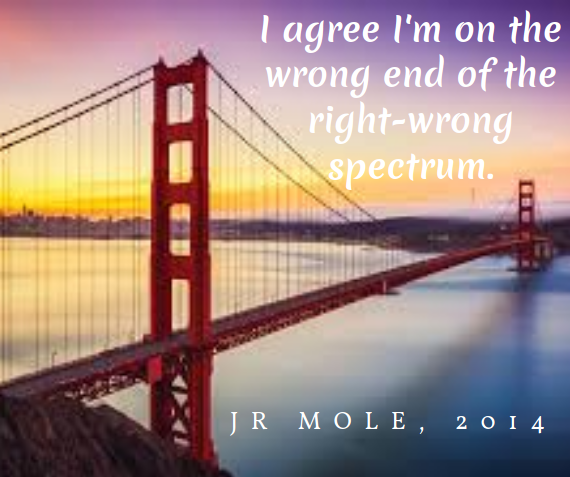 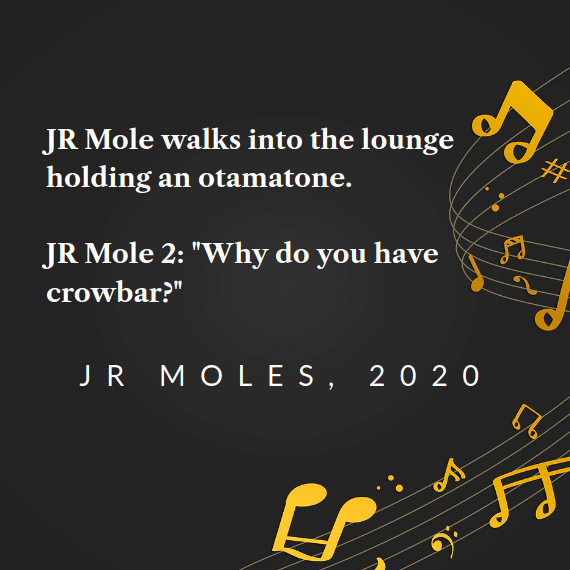 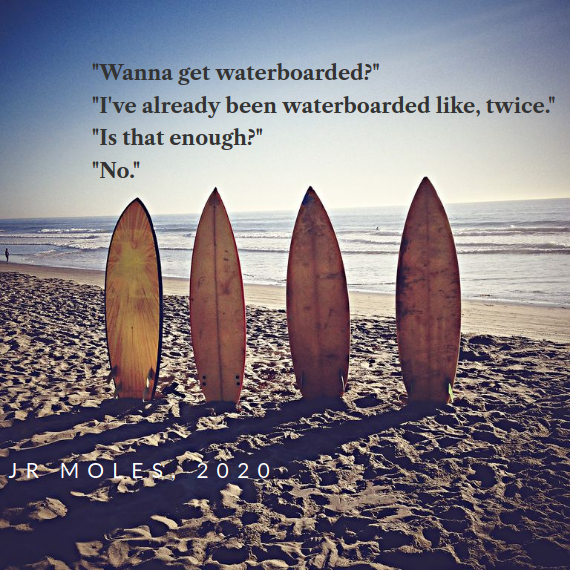 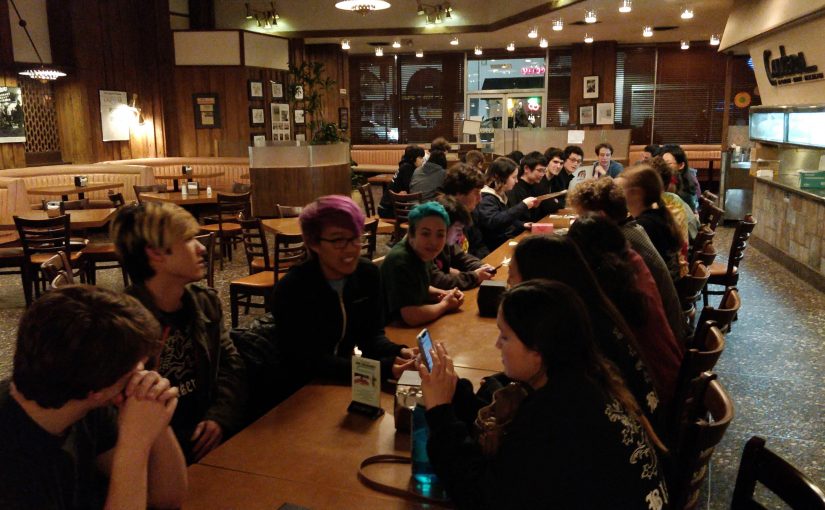 Hi, I’m Sarah C., a current mole. My favorite Blacker “tradition” is our spontaneous trips to get late-night nourishment. Whether it is a short walk to Winchells on Lake at 5am to grab freshly baked doughnuts or driving across Los Angeles to Tommy’s Chili at lightning fast speeds on the day we gain an extra hour, outings are always fun and filled with adventure.

As a crusty Senior, I feel like I now have the power to tell you what are the objective* best late night eats at Caltech. Here is the definitive ranking of late-night restaurants and some fun stories to go along with them:

5.  Dupars: OK, while the pancakes here are amazingly fluffy and sweet, it’s just TOO FAR. Who wants to walk 10 whole minutes away from campus after midnight (yes, I know I contradict this sentiment later on. Just accept that a central tenant of late night eating culture in Blacker is based on the phrase “Dupars is too fars”). The food is also quite expensive for basically being a lesser version of Canter’s.

4.  Winchells: While donuts are great, especially after spending a night “studying” (aka hanging out with your friends while you have your set up on the computer), Winchells’s product isn’t that great. Krispy Kreme and Donut Man are better. Sidecar, if you get up to Orange County, is probably my favorite. That being said, I spent many nights here hanging out with my friends or taking underclassmen out to dessert as part of our “Frosh Dessert Night” program, where upperclassmen get to know the frosh in our hovse and the frosh get to ask us any question they have!

3.  Arturo’s Taco Truck: In terms of food quality, Arturo’s ranks 10/10. It’s an authentic Mexican taco truck open late night in Pasadena. Everything is super fresh. I know moles who come here almost every night (AKA Devin, an amazing frosh who I don’t think ever has said no to a trip in my memory. You should ask him about his Arturo’s stories). The theme of our interhovse was almost Arturo’s**. Now, if only we could get Arturo’s truck to park in Blacker courtyard…

2. Tommy’s Chili: Ok, while Tommy’s probably ranks the lowest in food quality (the ingredients in the chili are reported to be water, flour and yesterday’s Tommy’s Chili), it’s second to none in crazy stories. As I alluded to above, every November, moles pile into cars on the day we gain an extra hour. The point is to leave Blacker lounge, go to Tommy’s, eat a meal, and then get back to Blacker lounge “before you left,” which is possible because the clocks turn back. The Chili Czar, someone who was elected to do this and have weekly trips to Tommy’s at 4am on Thursdays, runs this event.  They have the power to award style points, which can outweigh the time points.  Two years ago, my group got style points for doing Tommy’s in style: we all dressed up in our fanciest clothes and had a candle lit dinner. This year, my group aimed only for style points: we decided to drive to Vegas and stop at every Tommy’s along the way (there are 3 in Vegas and about 5 total between here and there). We left at 1am, drove to the Original Tommy’s in Hollywood, ate a meal, and then began our trip to Vegas. We arrived at ~7 in the morning, wandered along the strip, bet the entirety of a house office’s budget on Black at a Casino, lost (don’t worry, the house budget was small), and then stopped at 4 more Tommy’s. We ate a meal at each one. I also wrote a yelp review at each one, which you can find here: https://www.yelp.com/user_details_reviews_self?userid=VoTe8-7niSKGBzXNqGasFw. You can see my sanity deteriorate as we stopped at more Tommy’s. I had never been so full in my entire life. Anyway, we ended up winning, so the 3.5 orders of cheese fries and 1 ice cream cone (I am vegetarian) in 17 hours was worth it.

Anyway, I hope you all enjoyed my list. When you visit Caltech in person, you should definitely try each of these restaurants! Definitely ask other moles what their take is on the ranking; most people probably wouldn’t rank Tommy’s so high :P. Also, here are some pictures of the last run to Canter’s, me (I’m the short one) and my friends at Tommy’s in Henderson, NV, and a picture of the Original Tommy’s I took on my walk to Canter’s. 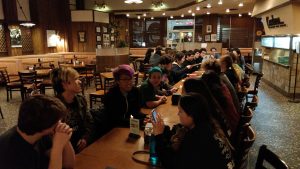 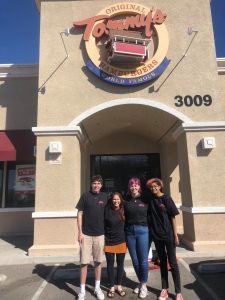 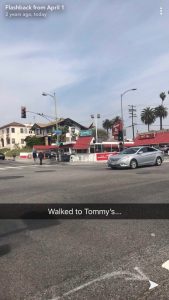 *nothing here is objective at all.

**RIP Blacker Interhovse :(. I believe some variation of this theme made a late round of voting somehow, but we actually do take our interhovse pretty seriously and usually have non-memey themes :). 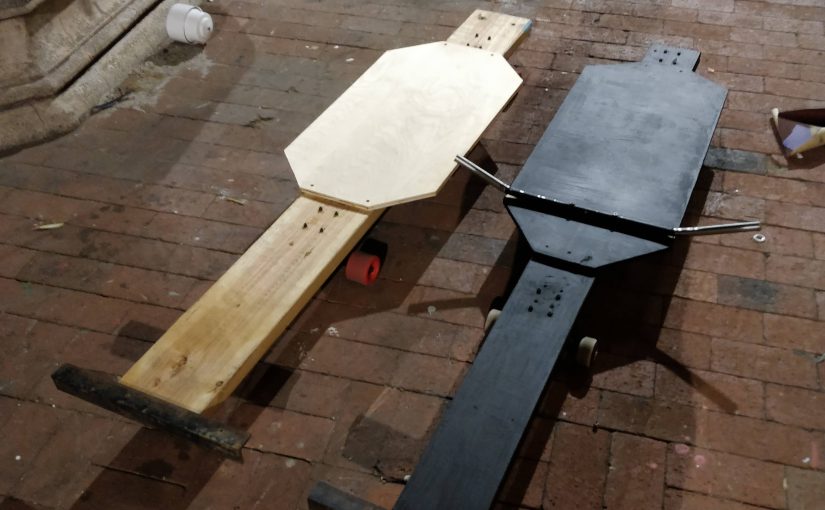 Back in annals of Blacker history, there’s a short clip of Moles from the past soaring down an empty parking garage, riding the backs of majestic board-shaped wheeled vehicles.

More recently (this February), Oliver and I decided we wanted some of the glory of the past for ourselves. After hunting around for a while (Blacker is full of over-used and under-maintained storage spaces, all of which are teeming with things too valuable to throw away but not valuable enough to organize) we found the old luges. 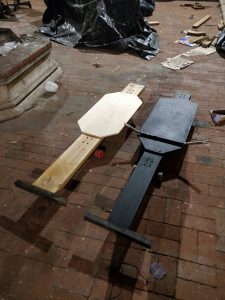 After a couple test runs down the courtyard ramp, we took ’em out to ride down the real deal. See the video below, and trust me, when you’re lying on piece of plywood six inches above the concrete it feels a lot faster than it looks in the movies.