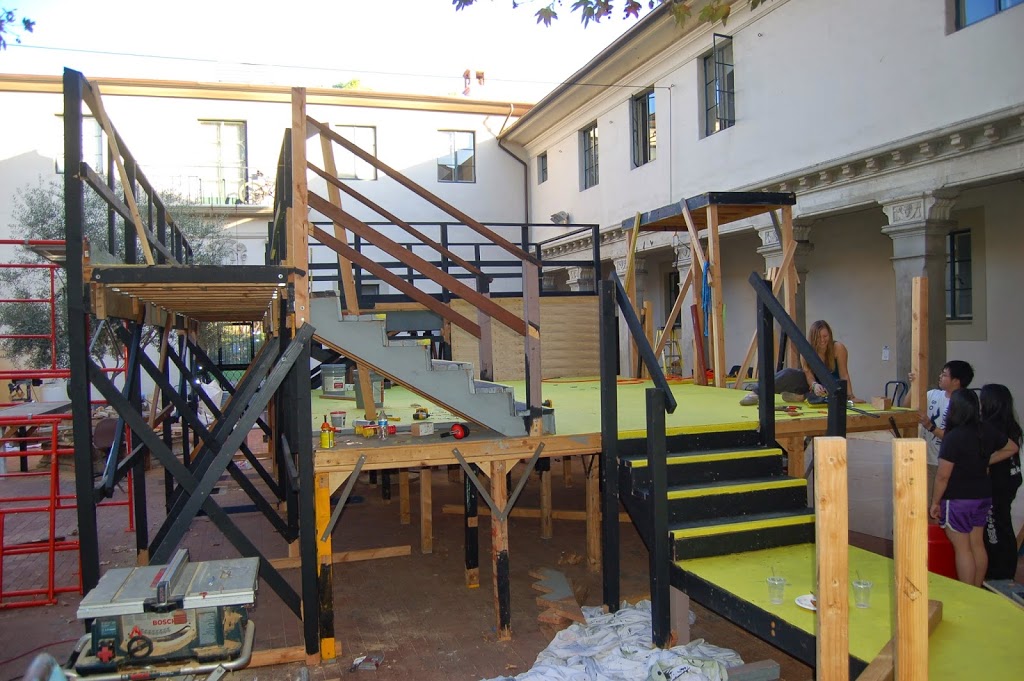 Every other year all the houses band together to put on Big Interhouse. Each north house (and Avery) pairs with a south house to make a party in the courtyard of the south house, and all these parties are held simultaneously in one night.
This year, Blacker paired with Lloyd to have Space Mining the Big I.
Here’s some pictures of construction:
And here’s the finished product (all these pictures were taken the day after the party): 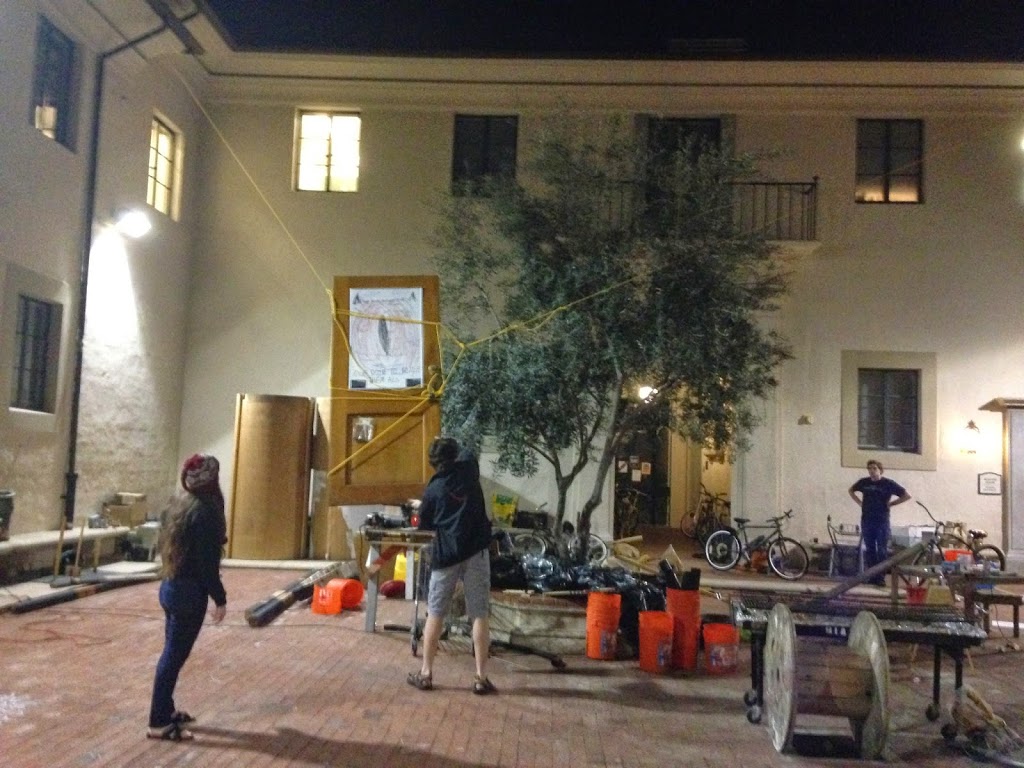 In Blacker’s alley called Tunnel, there’s a room named Gondor. It’s usually a frosh double, and this year lots of puns were made about the name.
Recently, a number of frosh decided that Gondor’s door should be gone, so they made it happen.
After removing it from its hinges, they decided that the best place for the gone door was the courtyard. 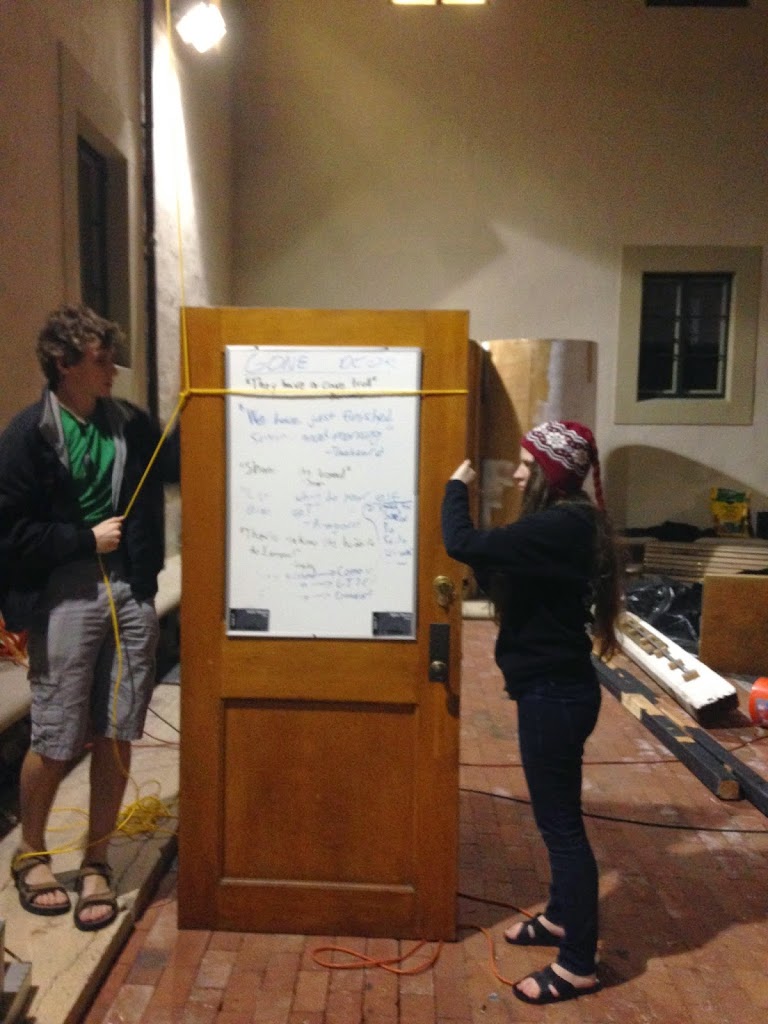 Namely, hanging in the courtyard.